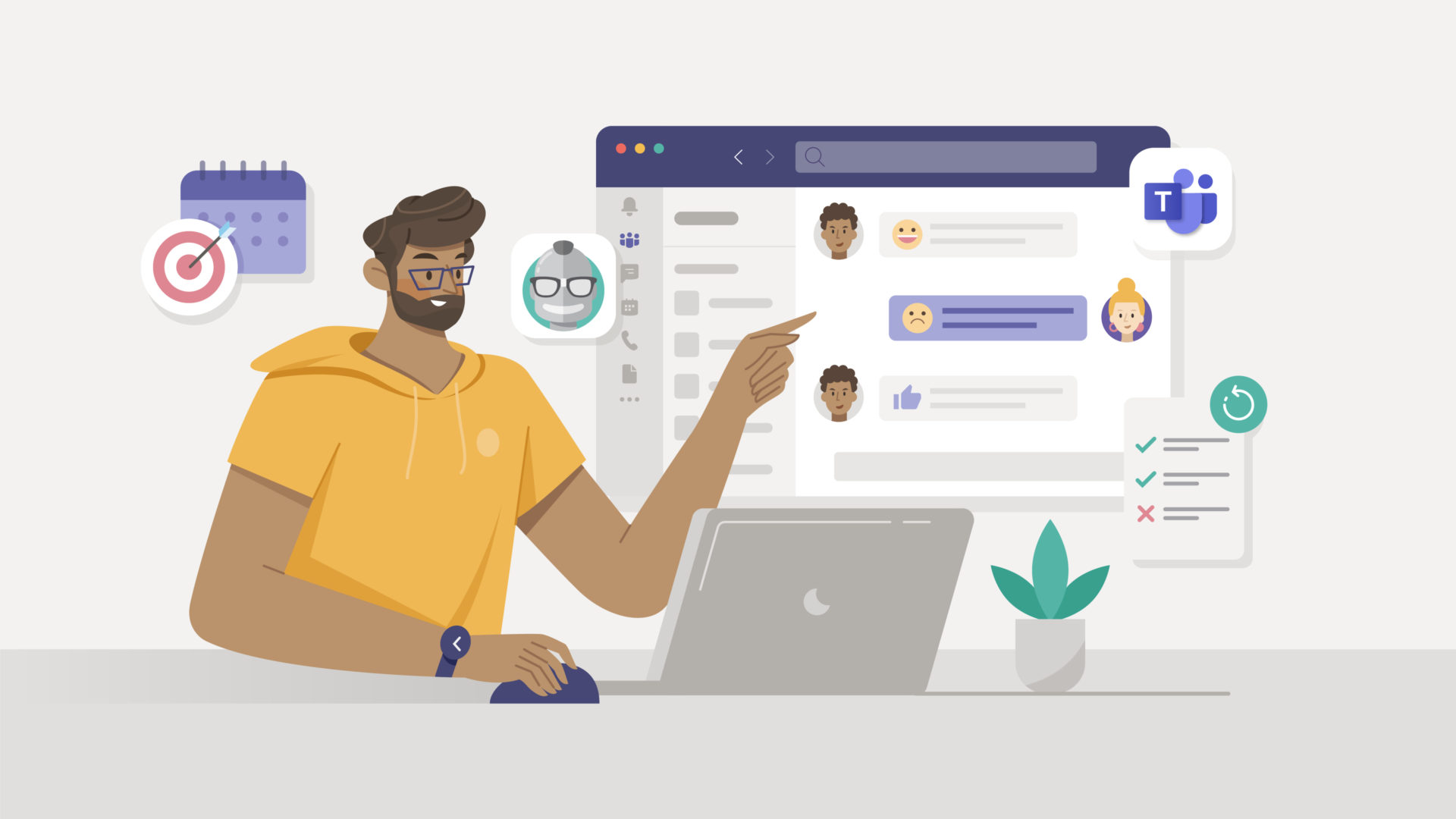 Note: Geekbot does more than just polls. You can run asynchronous standups, sprint retrospectives (and more) in Microsoft Teams. Plus, Geekbot is free for teams with fewer than 10 users. Learn more and sign up here!

Geekbot has many uses — all aimed at helping teams run asynchronous meetings and reduce workflow interruption — but for this post, we’re talking about sending out a poll in Microsoft Teams.

From our screen of meeting templates, you will click on “Build your own”, and then land in our “Custom Report” area, where you can edit the poll’s basic info (such as its name), the questions you’re going to ask, who you’re going to ask them to, and when/how often you want the poll to go out.

Below, let’s look at each part of the Custom Report in more detail.

With Geekbot, you can name your poll and choose which channel you want it broadcasted in. You can also decide whether you want the poll to be anonymous or not.

(An anonymous poll is very helpful when asking your team about sensitive matters or if you want your team to feel like they won’t face any repercussions for speaking their mind.)

Now, it’s time to write the question(s) that you’d like to get sent to team members.

At Geekbot, you can add as many (or as few) questions as needed.

You’re also not limited to asking one type of question. If you want more question formats, click the gear icon on the questions bar. Two options will pop up: “Pick type” or “Pick Color”.

Select “Pick Type.” This takes you to a screen (see below) where you can choose from several different answer options:

We offer more customization options for your poll, such as changing the intro and outro message.

The intro message is how Geekbot will greet your participants in Microsoft Teams (see example in the screenshot below).

The outro message can be just a simple “Thanks and have a great day!”

The next step is straightforward. Choose your poll participants and send it to as many (or as few) people as needed.

Note: You can either sync your poll to a specific group or channel in Microsoft Teams or add participants manually.

You can pick the day(s) you want the poll to go out, as well as the frequency (i.e. daily, weekly, every 2 weeks, first or last week of the month, and so on).

Feature that will soon be released: Geekbot allows you to send the poll questions to each member on your team at their own local time zone, so they don’t get a notification (and feel pressured to answer the poll) at an odd time (i.e. late at night past work hours).

Step Six: Send Out Your Poll and Get Responses

When it’s time for your team to complete the poll, participants will get a private message in Microsoft Teams (see below).

You can review the answers to the poll in Microsoft Teams as they are filled out in real-time.

You can also review answers via our dashboard, along with statistics about participation percentage, report streak, and more!

Click here to learn more and sign up! Geekbot is free if you’re polling less than 10 people, and we offer a free trial for larger teams.

Try Geekbot free for 30 days and join over 120,000 users who run quick, asynchronous, and minimally disruptive meetings in Microsoft Teams (and Slack).

How Do You Do a Poll in Microsoft Teams?

Microsoft Teams has its own poll system called Microsoft Forms. It lets you easily add a poll to a channel or even a chat but it has limited functionality.

You can also get a third-party polling app like Geekbot to run polls in Microsoft Teams.

Geekbot lets you schedule one-off or recurring polls, vary the type of responses your team can give (numeric, pre-defined, plain text), and collect poll data in a highly visual dashboard.