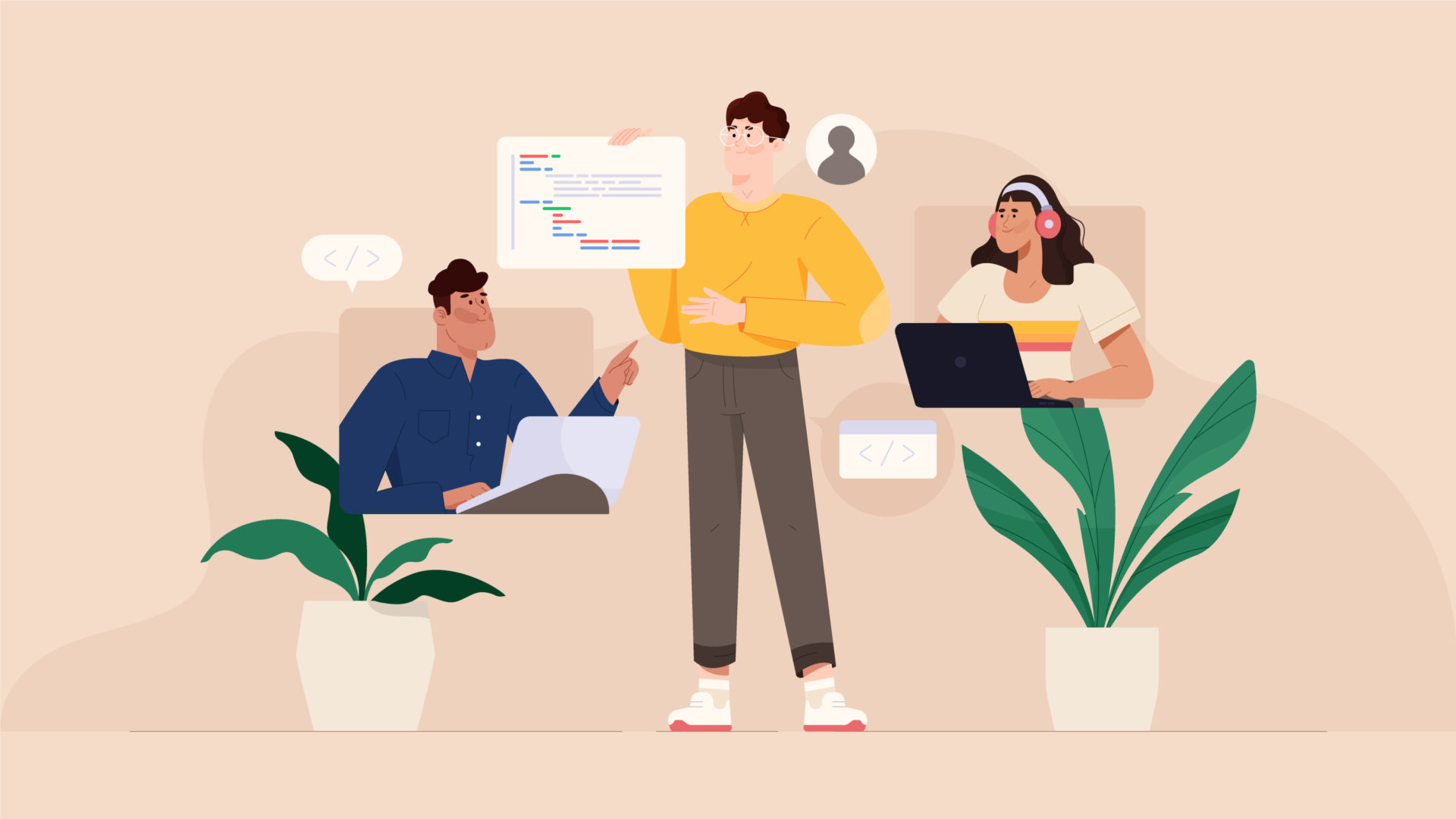 Home > Management > How to Manage a Team of Developers: 5 Proven Strategies

Anyone who worked with developers knows that managing a software team is tricky. Even though software tasks are typically clearly defined, at the end of the day team leaders are dealing with a group of people. A group of very knowledgeable people each with other own traits and motivations.

No wonder more than half of business and IT executives anticipate their software projects to fail: management failure to interact with developers is a major contributor to many setbacks.

But why managing developers can be so challenging? Why can’t you simply assign tasks, establish deadlines and watch smart people do their job? Because the issues that hamper effective software development often lie deeper than a failure to follow instructions.

are all can be major factors leading to a failed software development project. In fact, these issues can sabotage any leadership effort even before it takes a particular form.

In this article, we cover how to successfully manage a team of developers and what strategies can help managers achieve peak performance within software teams.

A well-established communication is vital for any effective management as it allows people to express their progress, collaborate, or voice concerns and issues. But for software development teams a proper communication is paramount for two more reasons.

That’s why you need to establish balanced and effective communication between managers and developers without causing productivity issues on both sides. There’s no once clear solution for every team, so start with identifying whether you have a surplus or lack of communication and fix accordingly.

How to fix lack of communication in your development team:

Here’s how to use Geekbot to conduct short and to-the-point asynchronous meetings with developers directly in Slack or MS Teams:

The opposite issue of “too much communication” equally hurts the developer’s performance and needs to be addressed as soon as possible.

How to fix over the top communication with developers:

Agile methodology is the backbone of many software projects. Frameworks such as Scrum were built by developers for developers, and address many problems that waterfall-type software projects used to have: low flexibility, too much red tape, low transparency, and inefficient processes.

Although flexibility is one of the core values in Agile methodology, some teams take this flexibility too far.

Scrum, one of the most common agile frameworks, consists of meetings and ceremonies with clearly established structure and guidelines, yet some managers start to “adapt” Scrum ceremonies to their needs.

Here are some of the common changes that negatively affect the efficiency of Scrum and Agile:

The result of these adjustments is a fake agile environment that benefits neither developers nor management. For example, removing retrospectives hinders the software team’s ability to continuously improve, whereas turning daily stand-ups into status meetings or micromanagement sessions leads to disengaged developers, lower trust towards management, and reduced team ability to self-organize and collaborate.

All the mentioned issues affect relationships between developers and managers and can completely undermine the benefits of practicing Agile. In the worst-case scenario, you get a pseudo-agile development team that neither improves nor self-organizes while having major distrust towards management.

Here’s how to surface and fix pseudo-agile processes in a development team:

It’s hard to predict what exactly will undermine your ability to manage developers effectively. But one thing is certain: there can be so a plethora of work-disrupting issues.

Sometimes the issues relate directly to the development process, for example, a reluctance of a developer to use a certain tool or conflicting priorities. Other times the root cause of issues will be buried deeper, affecting many facets of a developer’s work.

In one company, there was a long but subtle struggle between developers who prefer new Agile methodology over those who wanted to leave everything as it was. Another company, after the rapid transition to remote operation, found its developers struggling to collaborate without regular face-to-face meetings.

Each of these issues can disrupt your leadership efficiency. Worse yet, some of the issues are difficult to detect.

The good news is that you can establish effective processes to resurface all kinds of issues within your team at once.

Facilitate Culture of Learning and Trust

Naturally, some of your developers will know more than others and sometimes such a knowledge gap can make a manager’s job harder.

Consider a scenario when there’s only one developer on a team who knows how to do a certain task and is reluctant to teach others. Managers start being dependent on this person and that may produce a very unhealthy working relationship. Or imagine when a new developer learns a new trendy framework and doesn’t want to learn a legacy software that your company operates, especially by themselves.

These and similar issues can be solved by facilitating a culture of learning and trust in your team. Learning and trust often go hand in hand, especially in the development industry: there’s always something to be learned from fellow engineers and such a learning experience naturally leads to a higher level of trust in software teams. Teams with high levels of trust naturally enjoy high levels of collaboration and allow managers to set tasks without being afraid that someone on their team can’t or won’t handle them as engineers will eagerly help each other or learn something new.

Given that trust, learning, collaboration, and management go hand in hand, here are the tips that will help you improve all at once:

Most developers, at least those who chose their profession deliberately, love coding and solving complex problems and are very good at it. But non-technical tasks, routine tasks, and irrelevant tasks are not necessarily something they signed up for. When you assign too many such tasks to your developers they start losing motivation and energy, and that ultimately affects their main coding work.

Managers have resources and opportunities to shield their developers and enhance the quality of their work. Here’s what you can do:

If you want developers to perform at their peak potential, you need to obtain servant leadership mindset.

The idea is not to force developers to do something they dislike, all while putting company interest before anything else. Instead, you help your developers produce their best work by removing obstacles and resolving challenges.

If your remote development team uses Slack or MS Teams, Geekbot will help you conduct efficient and fun asynchronous meetings, foster deeper collaboration, and save hours of developer’s work in the process.

Try our 10-member free version and join thousands of teams such as Github and Shopify who took their remote development performance to the next level with Geekbot!

How do you manage a big development team?

To efficiently manage a large development team you need to break it into smaller functional teams and assign a team leader for each one. The goal of a team leader will be to organize the work of their team and help resolve both inside and outside issues that affect teams’ efficiency. In Scrum, such an approach is named Scrum of Scrums and proved to be useful in large enterprise settings.

How do you handle nonproductive developers?

To handle nonproductive developers you must first surface the underlying issues behind the lack of their productivity. Among the possible causes are toxic team relationships, lack of purpose, lack of communication, or weak work ethic. You can spot these issues by conducting regular 1-on-1 sessions and well-being surveys with your employees.

What makes a successful development team?

The hallmarks of a successful development team are a high level of trust and collaboration, transparent leadership, effective task completion, ongoing performance improvement, and the ability to quickly resolve issues that affect team’s productivity.