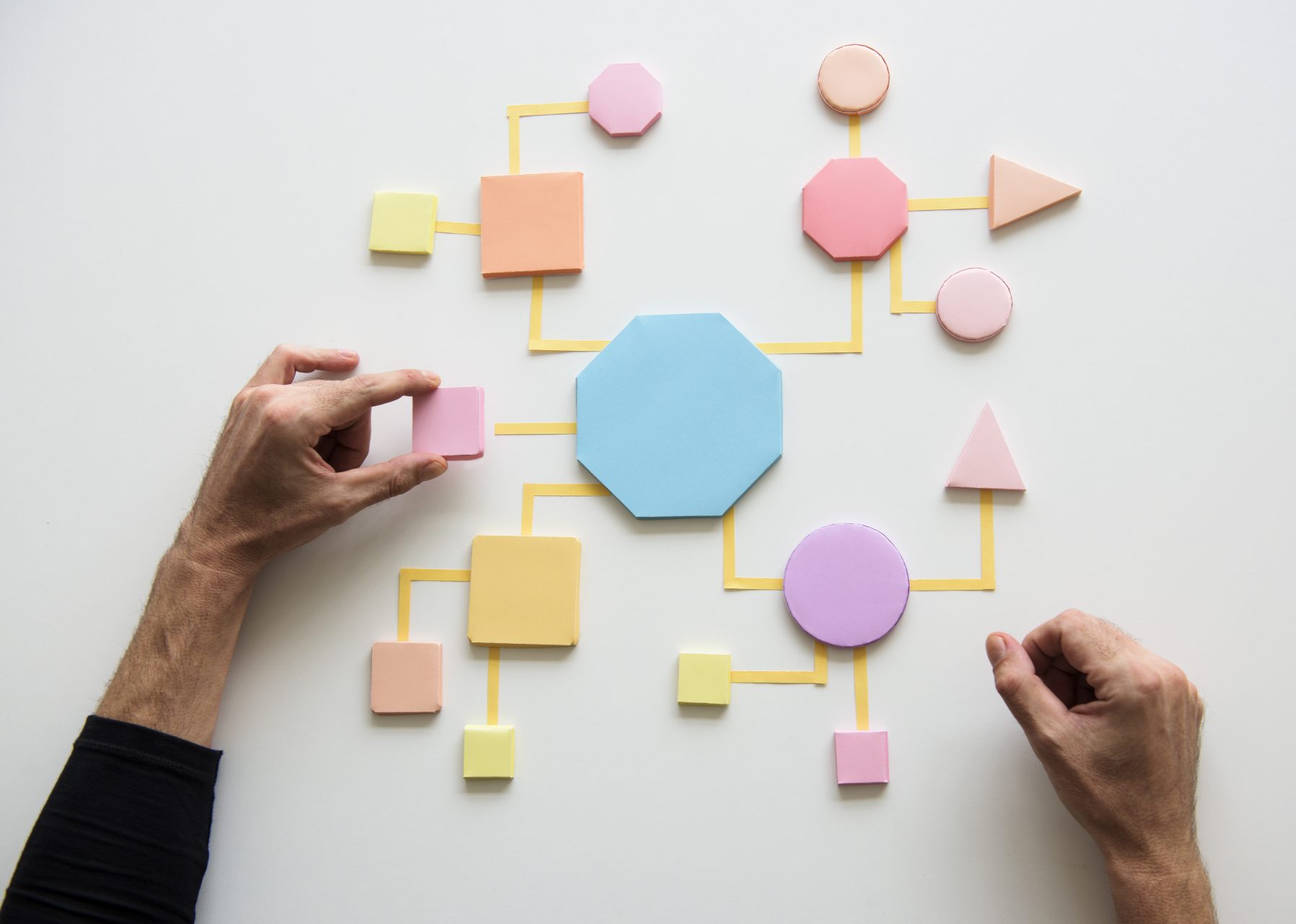 In order to be effective, the primary principals and requirements of Agile Project Management need to be understood by all the team players involved. As in the creation and filming of a blockbuster screen movie, from producer and director to actors and make-up staff, everyone working on individual parts of the project should be active within them and aware of their different roles. Structuring your work in a flexible way, namely being in a position to respond to unforeseen variables and taking aboard results, feedback and new ideas from different teams, yet at the same time still complying with the overall plan, requires project management tools.

Comprehension of the terminology applied to these tools may be seen as the starting point for your team in order to remove some of the arcana of agile project management language. Then, break it down into an ABC; “A” being the What?, “B” the When?, and “C” the Who? All those involved must be let in on the mysteries and secrets of it and then develop their skills and involvement in its application. The four primary principals are given the names; Epics, Stories, Themes, and Tasks and are usually depicted in the following tiers:

What is an Epic in Agile

A. The word in its singular, Epic, conjures up a particular image in most people’s minds. This is true when your team is working on a new project although the overall image is created by you and the direction your project needs to follow. The Epic could be regarded as something akin to the classic historical drama film Lawrence of Arabia. Nominated for 10 Oscars, winner of 7, it is three and a half hours of something truly captivating. Coincidentally, although made in 1962 and based on true events in the Middle East during the First World War, many decades before the ideas on Agile Project Management came into fruition, the underlying storyline in the movie is not a thousand miles away from the concepts found within Agile; the unification of different peoples working together towards one greater goal in a flexible, adaptable and two-way communicative, action-orientated process. The Epic is the “big picture”, which provides the greatest benefit to a business, so in Agile Methodology it is the larger user story which in turn can be, and usually is, broken down into smaller stories, using multiple teams on interrelated projects and reacting to feedback from customers.

B. Being few in number, the duration of a single Epic is usually considered to take place over one to three months although this is obviously variable in relation to the product being developed. There are no strict guidelines on timescales and opinions vary about the optimum period for an Epic. However, nearly always, it will take place through a number of short sprints.

C. The cast in the Epic usually the business analyst, the Product Owner, the Project manager key stakeholders. Maybe these could be seen as the producers and investors in our movie analogy and with their involvement in this area, a better structural and hierarchical framework is formed. Issues such as progress feedback from different teams which are within the structure would be communicated to such individuals in contrast to the communication process at the Stories level.

What is a User Story in Agile

A. Stories are the array of short narratives which make up the Epic and on completion depict the work accomplished. They are of course related but whilst probably independent are also interdependent. Think of the way different scenes in any epic film combine together to create the whole and the concept ought to be more accessible.

B. Your team can have a target to complete each story within a one or two week sprint and whilst one team is working on one, different teams can be working on others. Hence, an array of inter-related and individual stories complement one another and produce the overall Epic within a specified time plan. Nevertheless, the creation of Stories must be approached and handled carefully so as not to overload one team and perhaps underload another. In order to keep some sort of uniform momentum throughout the entire project, Stories should be designed to reach completion within a short period of time, not over several weeks. If the latter estimation beforehand is true then you’re almost certainly thinking Epic, not Story.

C. The players in the Stories could be seen as the actors and their support team in a film or the lighting and sound crew. Each small team is working on developing and completing a different scene in the movie and overseeing them and doing the coordinating is, of course, the director or the head of technical works. You may have software developers writing one story and the marketing team something else but they are all making their contribution to the Epic. As regards the size of each Story, the opinions of the team members are crucial and should be heard. Initially consider; is the Story too big and thus probably unachievable in a short time span or is it too small and thus, in reality, better to be considered as a Task rather than a Story? Estimation and feedback at the start on such issues are fundamental to all whereas, once underway, the ongoing communication process at this level is seen as interaction between colleagues within the same development team.

What is a Theme in Agile

A. Many organizations including yours, may aspire to achieve either intangible or abstract goals. Hence, in the chart above the word “Themes” is purposely written in Broadway script. Broadway, New York being one famous epicenter of abstract ideas and art forms. These goals are regarded as Themes and besides contributing to other key elements of the process can also inspire the evolution of further Epics. As an organizational tool, they also give you the ability to assign your Epics to different categories. In addition, they often provide a more attractive image of a business; think of the benefits to a movie company producing historical dramas which works with a Theme saying something like; “Not Based On, But True To Real Life Events”.

B. Themes are nearly always relevant over a longer period of time. As an organizational goal, they would most likely be devised annually or perhaps even less regularly. In addition and depending upon their suitability, they could well become part of the long-term culture and ethics of a particular business.

C. By their nature, Themes are more likely to be produced by those in the higher strata of a business structure although a company using agile methodology should already be open to two-way communication and so further ideas may well originate from below. However, regardless of their origins, the whole team should be completely aware of their content and their relevance within varying projects.

What is a Task in Agile

A. Put simply, Tasks are the sub-divisions of Stories. In other words, they are smaller segments of work contributing to the construction of the Story. They break down the process of Agile Project management still further and, because of that, may not be used or may not be applicable within every organization. Giant organizations or much smaller ones with more intricate projects can even go one step further and implement Sub-Tasks but those are something to be considered at a later date. Although an important principle within the culture, multiple levels quite naturally increase administration and may even cause over-complication or hastiness to complete jobs. Each will have a profoundly negative impact on the final result. Just because a business is big and may have multiple organizational levels does not mean that it needs to automatically make use of all the tiers available. Your organization and team need to assess and decide if Tasks have true positive values within your particular project in the same way that some businesses actually eliminate the higher level of Epics and conduct project management solely through Stories and Tasks.

B. On a time one may think of Tasks as requiring only a day or a couple of days. If we’re back at that Lawrence of Arabia film set nearly 60 years ago, it may be the need for the special effects team to build a natural-looking Arabian desert oasis somewhere in Hollywood. In skilled, experienced and well-equipped hands it shouldn’t take that much time to do.

C. Tasks usually consist of smaller sub-teams made up of a limited number of people. Maybe, 3 to 5 are adequate to get each Task completed and, as small parts make up the whole, it would definitely be argued by advocates that their role is more critical than often thought.

These are the four primary principals of Agile Project Management. Epics, Stories, Themes Tasks. Your team needs to understand the basic ABC in order to function effectively within the whole organizational framework and therefore hopefully be in a position to produce project results with exceptional quality. Comprehension of these concepts and the differences between each level leads to them being adaptable to your particular operational needs. This is the key to success.

Maybe sitting, watching and then analyzing three and a half hours of Lawrence of Arabia could help your team’s understanding of how different parts really can make up the whole; the underlying principles of Agile Project Management. But that’s just an idea from me, it’s really for you and your people to decide. Whatever your decision though, you too should be aiming to get those 10 Oscar nominations and 7 Oscars after the director’s final take.