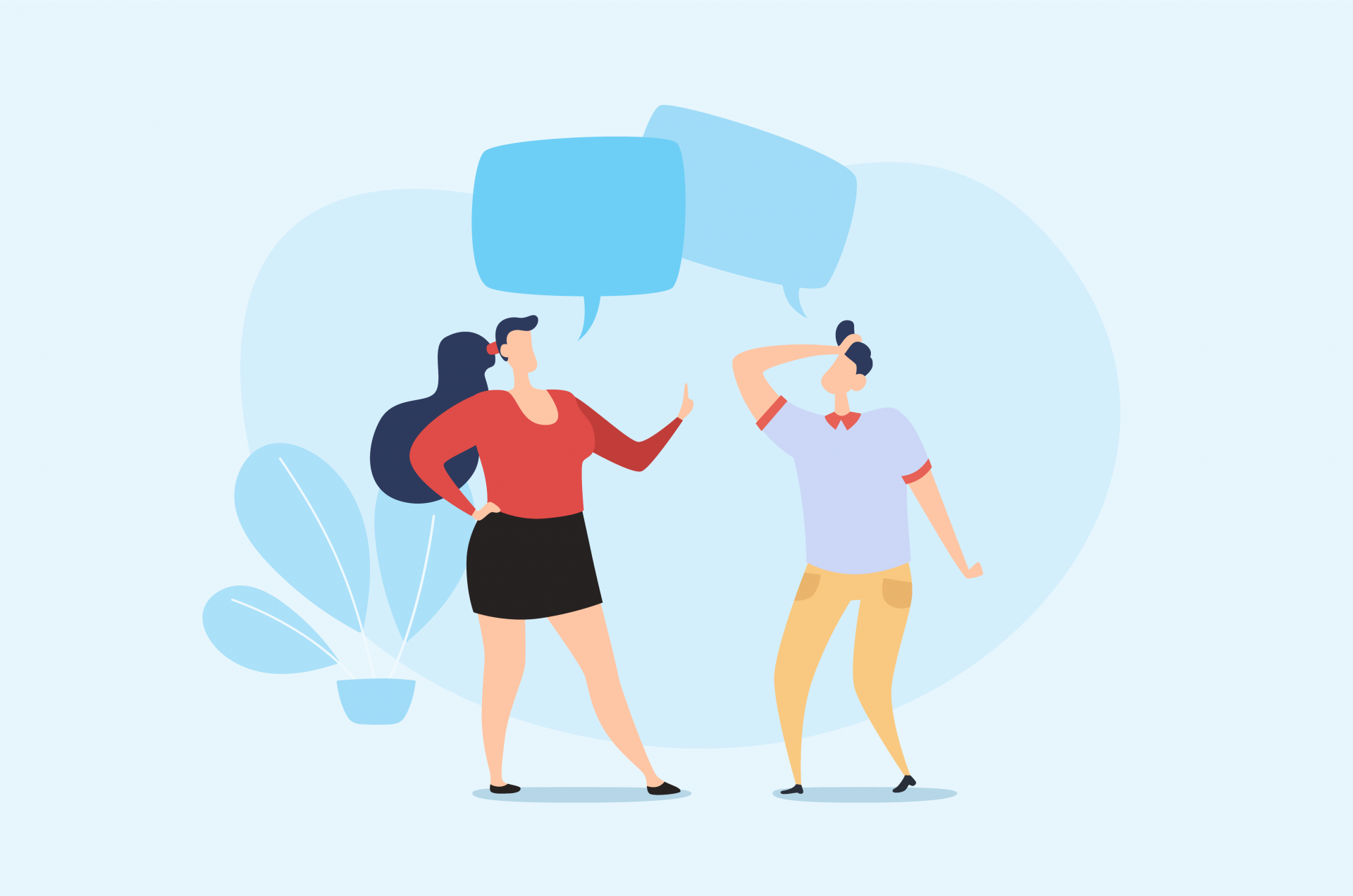 Employee #1: “I can’t believe you’ve decided to print your 2000 page report on the last working printer in the building.”

Employee #2: “It’s technically 1977 pages long and it’s not my fault my supervisor doesn’t like to read from a screen.”

Employee #1: “Well instead of making the whole marketing department wait for you, why don’t you go and start reading it to him aloud!”

Employee #2: “Why doesn’t your whole marketing department scrape some money and fix the other five printers they banged up!”

Typical? Nope. Possible? Yep. However, only in the office, never with a  remote company. That’s ironic – as soon as people start working remotely they lose all interest for printers… Anyway, even if printers go away, conflicts never do. Those follow people everywhere.

This article is about conflicts in a remote environment: what’s so special about them, what’s dangerous and whether they are actually a bad thing, after all.

What’s so special about conflicts in a remote environment?

According to CCP, 85% of employees experience some kind of conflict. Pretty much everyone. The primary reason for conflicts are clashes and warring egos (49%), followed by stress (34%), and heavy workloads (33%).

None of these causes vanish just because you’re working remotely. What’s different is how much more difficult it is to spot those causes when working remotely. In the office, you can see when people are tired or stressed. And warring egos reveal themselves as soon as you place conflicting employees in the same room.

In a remote company, you might see people for approximately 5 minutes during a daily standup, given they’re willing to turn their camera on.

The key difference between an office and a remote environment is how difficult it is to discover conflicts in the latter.

The hidden conflict is the most dangerous one because you don’t even know it’s there. And conflicts are costly. Employees in the US spend around 2.8 hours each week involved in conflicts. This is approximately 359 billion dollars in paid hours. It’s not just about wasted time – it’s about wasted opportunities: conflicting people don’t work together well, they don’t share ideas and they affect the whole team atmosphere negatively. Having conflicting workers softly indicates that your organization can’t provide goals and values that unite people, and, instead, pulls them apart.

Subtly, it affects the productivity of all the parties involved without you even noticing it. So what can you do? First, you discover those conflicts.

How to Discover Conflicts in a Remote Environment

It’s hard to get inside your colleagues’ mind. Most people would actually prefer hiding their disputes and bias rather than openly voicing them. A few things can help with that:

Feedback tools. Tools like Officevibe and Lattice let you gather feedback from your workers using a series of polls and questions.and then organize it in one place. I’ve had experience with Officevibe and two of its features that may prove particularly helpful in regards to conflict discovery are:

Of course, anonymous feedback will always be the most candid. I’ve had the opportunity to read some messages from my colleagues, and, boy, did they come out with guns blazing.

Although you will probably never unearth interpersonal conflicts via anonymous feedback, you will see if there’s a conflict between workers and the company.

You won’t pinpoint interpersonal conflicts via anonymous feedback, but you will know if there are conflicts between individuals and the company.

To spot conflicts within team departments, cross-team analytics may prove useful. Here’s an example from the Officevibe dashboard:

Group retreats. Group retreats are a wonderful opportunity not only to bring your team closer together but also to see if there’s any tension between team members. After all, it’s much harder to conceal the frictions in a face-to-face environment. Don’t forget to organize meetings between members from different departments – conflicts within different departments can be hard to track because most of the communication is done privately by email or messaging.

After you’ve realized it’s not all roses in the company of yours, it’s time for some 1v1s.

One-on-One sessions. If you know there’s a conflict between an individual or within a team, you can schedule some 1 on 1 sessions. However, it’s hard to make those open and candid, especially if radical candor is not part of your company’s culture.

Remember that we live in times when people trust strangers more than their own boss. And yet, it’s the manager’s responsibility to fix things.

If you have facts, make sure they are valid. If you don’t have facts and are only guessing that there might be a conflict lurking in your organization, be subtle. Here are a few possible questions to open up your colleagues:

“I sense that you’re not in full agreement [with someone], am I right?”

“How does this mesh with your other responsibilities?”

“Am I wrong in thinking this might create some obstacles for you?”

“What’s the best approach, in your opinion?”

Make sure the person understands that no harm will come out of honest responses, otherwise they won’t be sincere with you.

How to Resolve Conflicts in a Remote Environment

After making sure there is, indeed, a conflict, first take a pause. Congratulate yourself because you really did a great job spotting one. Now the easy part – fixing it.

In order to fix things, you have to think of every conflict not as a problem, but rather an opportunity.

If it’s an interpersonal conflict between two of your colleagues, you’ll get to understand people better. Perhaps it’s not even about the people, but rather a poor organization of work processes in your company.

Sally is a QA engineer and Jenna is a programmer. They seem to dislike each other because Sally always tends to postpone the testing of web-services that Jenna is working on. And without tests, Jenna can’t release her part of the code. Thing is, none of them is to be blamed. Sally is falling behind in tests because the backlog is full of bugs that she had found before. But no one addressed those, so she switched to the part of the web service that is being refactored more often by another developer. Turns out, it’s the prioritization of the fast delivery over thorough testing that made Sally think her job was impractical, and Jenna impatient. The development process should be corrected, not interpersonal relations.

If the conflict is between the company goals and the individual’s goals, find out the source of the discrepancy and check if other people have the same problems. You may need to adjust company values, not the behavior of certain team members.

Every conflict is a starting point for you to understand your colleagues and your company better. Never ignore conflicts. On the contrary, make every effort to spot them as early as possible, and they will become the improvement pill every company is looking for.