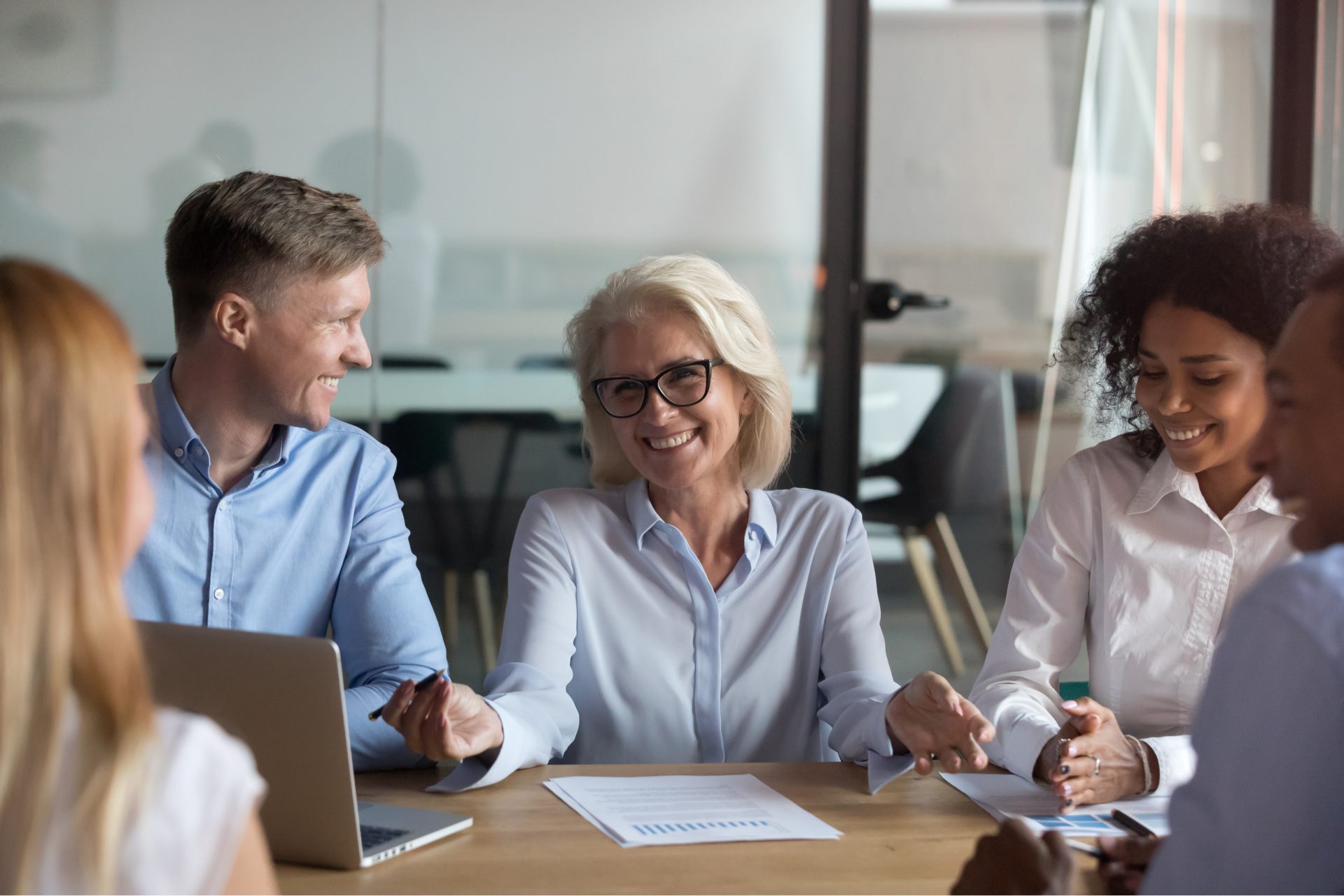 Is life really over once you turn 40? If you believe the unknown author who said, “Forty isn’t old…if you’re a tree,” then for you the answer might be yes. In fact, if you’re over the age of 40 then chances are you’re sitting down reading this on a desktop computer. Actually, your smartphone, if you have one, might not be that smart.

But can life really be over when you hit 40? Of course not. Forty years old is just the halfway point between diapers and Depends. Yes, you might be getting older, but that doesn’t mean you have to give up. There’s a lot more to still live for.

Did you know that billionaire investor Warren Buffet actually made most of his wealth (99.7 percent) after he turned 52? Buffet was worth $67 million at the age of 47. Now more than 40 years later at age 88, he’s worth about $87 billion. So who says old people can’t be successful?

Are Startups Best Left to the Young People?

But what about starting a company? Can you be too old to start something new? Buffet actually started investing before he turned 12. So it’s not like he got started on his career after he lost most of his hair. Trying to do what he did by starting at the age of 40 would’ve been impossible, right?

So there must be an age limit for successfully starting a company. Many people believe that once you’ve reached the age of 35 it’s time to just settle in where you’re at and glue yourself to your current career path. Trying to start a company at that age, or even older, would just be crazy, right? Well, not so fast.

The truth is, age is just a number, even when it comes to startups. In fact, “old people” run some of the most successful companies in the world. Indeed, many of those companies started with owners who were already considered “too old” when they decided to pursue their dreams.

So, you’re never too old to start something new, including a business. If you have a great idea and you have what it takes to achieve it, then it doesn’t really matter if you’re 25 or 65. Go for it!

You’re Never Too Old to Start Something New

However, the sad truth is most people believe that once they’ve reached their 40s or 50s it’s way too late to pursue their entrepreneurial dreams. In fact, some people think once you’ve reached your 30s it’s too late to start a business. But according to a recent study by the Census Bureau, together with two professors from MIT, that’s nonsense.

The researches created a list of 2.7 million people who founded companies between 2007 and 2014 and who had hired at least one employee. They found that the founders of the most successful tech companies were 45-years-old on average when they started their company.

The Older the Better

That may surprise you, especially if you thought all the big tech companies were started by 20-something-year-old kids. But if that number blows your mind, check out these statistics from Inc.com.

Let those numbers sink in for a minute. So really, the older you are when you start your company, the better chance you have of being successful.

Why Older Startup Founders Do Better

So why exactly do older startup founders have a better chance of achieving success? After all, it might seem like they wouldn’t have the energy to keep up with their younger counterparts. Or maybe, they would be too set in their ways to adopt new technologies. But that’s not the case.

It turns out that one of the biggest factors in successful startups is execution. Most startup founders have great ideas. Not all, but most. But the difference between success and failure all rests in the execution. In other words, you can have the greatest idea anyone has ever had, but if you can’t execute it from start to finish, then it’s not worth a whole lot.

The difference between young and older startup founders is experience. Young entrepreneurs tend to have very little of it. They lack the experience to develop sound strategies and make wise decisions. People in their 30s, 40s, and 50s usually have more experience developing strategies and making important decisions. Therefore, they have a better chance of successfully executing their plans.

Young People Can Start Something, Too

That’s not to say young startup founders can’t be successful, as well. Just look at Facebook (20), Apple (21) and Microsoft (20) to name a few. And even though numerous studies have found that the older you are the better chance you have of startup success, that doesn’t mean you should wait around to launch your startup if you have a great idea when you’re young.

Age Is a Number…Nothing Else

So to answer the original question, “does age matter for startups?” It really comes down to execution. Whether you’re old or young, in your 20s or your 50s, you have to be able to execute your plan if you want to be successful. And the most successful entrepreneurs surround themselves with great people.

Successful startup founders know their strengths and their weaknesses. And they hire people who are stronger in areas where they are weak. So, no, age doesn’t really matter when it comes to starting a company.

Having more experience is actually a bonus in many cases. But whether you’re young or old, your success won’t depend on your age. It might determine how close you are to wearing Depends, but it shouldn’t mean anything in whether or not your startup dream is a big success.

So if you have a great idea that will change the world, go for it, no matter what age you are!

Kent graduated from BYU in Provo, UT with a degree in Broadcast Journalism. He’s been writing professionally ever since. When he’s not writing he’s usually supporting one or more of his six kids at a baseball game, or another event. He loves sports and is very passionate about the Boston Red Sox. Maybe a little TOO passionate…