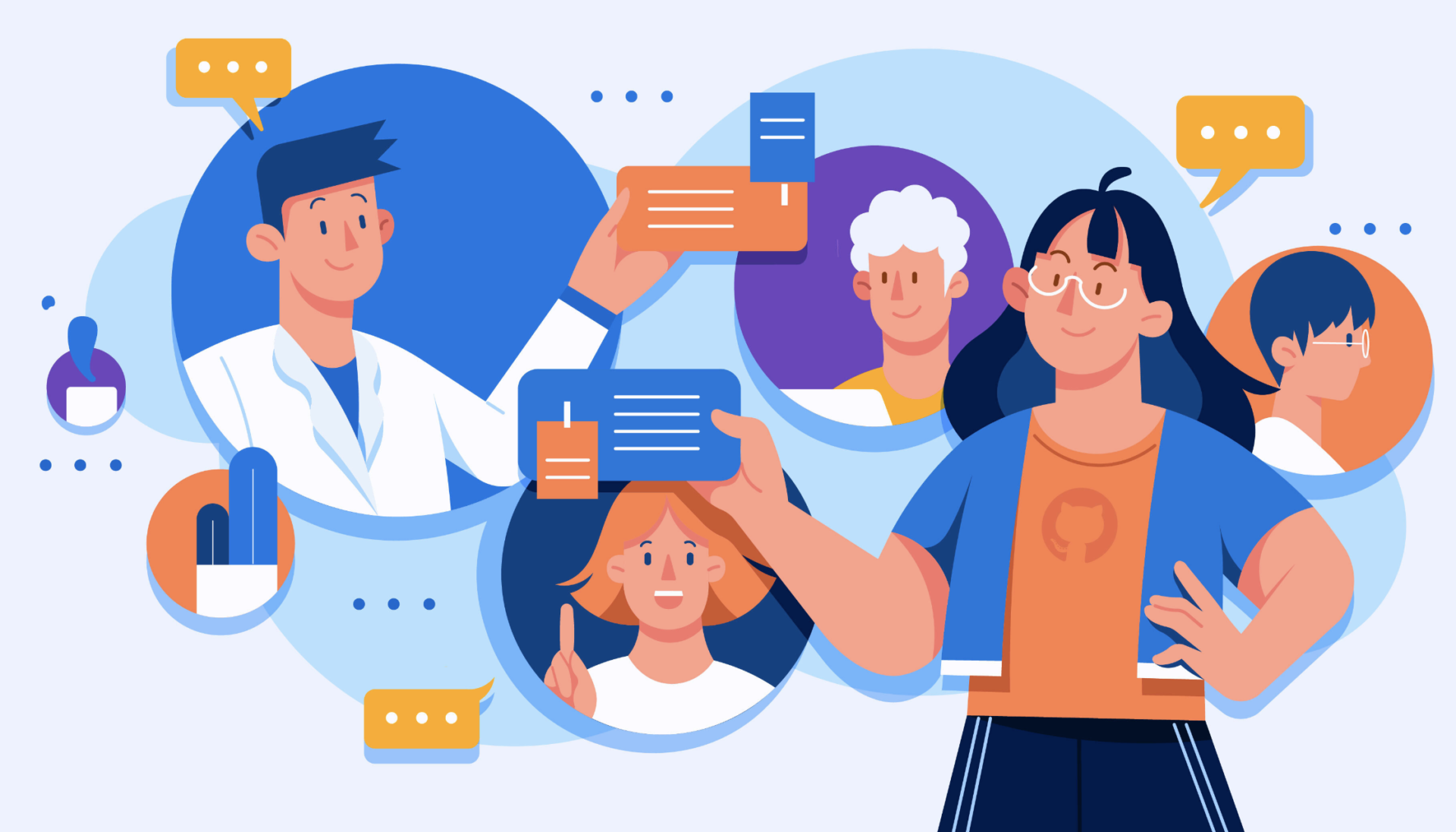 We recently sat down for an interview with Briana Swift, the Senior Manager of the Services Programs Team at GitHub, who leads a 7-person remote team distributed across several time zones to discuss how they made their standups more effective, asynchronous, and way less time consuming.

Prior to switching over to asynchronous, text-based standups, Briana’s team ran standups via Zoom twice a week. However, due to time zone differences between the 7 team members, it was difficult to find a convenient time that worked for everyone. To add to that, they felt that video conferencing wasn’t the best medium for running standups — instead, typing out the answers and skimming each teammate’s update seemed faster.

After trying many different approaches for text-based standups, they ultimately ended up using our tool, Geekbot, which lets teams run asynchronous standup meetings in Slack. In this article, we’ll discuss why and share implementation details on how they are running standup meetings with Geekbot.

First, the Services Programs team didn’t want to run standups on a daily basis, because their projects aren’t always changing, and they didn’t want to retype the same update more than once if they didn’t have to. This was a major concern of theirs, and with Geekbot, there’s a lot of flexibility. You could configure it to send out the standup questions to teammates in Slack on specific days and times of the week, instead of daily.

While the ability to customize Geekbot’s time and day settings eliminated the concern of “too much repetition”, which was a major selling point for GitHub’s Services Programs team, there are many other ways to customize our standup tool (as we discuss here).

On a more fundamental level, Geekbot proved to be more effective than Zoom standups for Briana’s team, because as we’ll demonstrate in the next section, teammates could quickly type their answers (or view other’s answers) asynchronously through Slack at any point throughout the day, instead of dropping everything they’re doing to attend a meeting. They could also skim past updates that didn’t directly involve them, instead of wasting their time listening to every word, like in video standups.

Note: See our article that elaborates in much greater detail on the downsides of video call standups, and how to run better remote standups in Slack.

How Exactly Does GitHub’s Services Programs Team Use Geekbot Every Week?

Briana configured Geekbot to send out check-in questions via Slack to teammates once at the start of each week and a second time at the end of the week.

Note: These are not the normal 3 standup questions — they are modified. This is something we provide in Geekbot, and for Briana’s team, these two questions worked best. You can read our full article on different options for standup meeting questions here, and below is a screenshot with our default setting questions (which any team can customize).

The answers are posted in a dedicated Slack channel. With the two questions answered every Monday, Briana’s team quickly gets on the same page in terms of what everyone is working on. And if anyone needs help with a blocker, the teammate that’s helping them has context in place.

Also, at the end of the week on Friday, Briana configured Geekbot to send out the following questions:

These questions provide an opportunity to plan for the next week while everything is still fresh on your mind, instead of coming in on a Monday and having to go back and remember everything that you worked on before.

With just these two asynchronous Slack-based questions on Monday and Friday, Briana’s team is now able to get in sync without needing to waste 7 people’s time for 30 minutes (or for many teams that do standups, 60 minutes) on a synchronous video call.

Also, answers are in text, so team members can think about it at their own pace, review it later, and start in depth side discussions to problem-solve without wasting everyone else’s time on a call.

Also, the ability to customize Geekbot’s settings to make it work the way Briana and her team wanted — specifically having the questions sent out 2 times a week instead of daily — was a major influence on their decision to use the tool.

See our article that elaborates in much greater detail on the downsides of video call standups, and how to run better remote standups in Slack.

Also, here’s a video that goes through the steps to create your first standup with Geekbot:

What does GitHub stand for?

The name GitHub is designed as a combination of two words: Git and Hub. Git refers to the version control system, whereas Hub is a central repository where the repositories from multiple projects and their versions can be stored.

Why is GitHub useful?

GitHub is useful as it allows developers to contribute to each other’s projects easily, store repositories, document progress, showcase development work, explore solutions and learn from different developers, track changes in code, collaborate with other developers, integrate with various platforms, and even acquire sponsorship for open-source projects.

Is GitHub for free?

Yes, in April 2020, Github announced that all of its core features are available for free to all users. However, certain advanced features such as SAML support and code owners still require an upgrade to a premium plan with a starting cost of $4 per month per user.